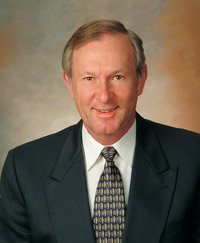 Dr. Roger Anderson was born and raised in a small farming community called Benson, Minnesota. After a serious fall and injury, he presented to a local chiropractor who was the only doctor that could help him. After this experience, he was determined to become a doctor of chiropractic and help others the way he was helped.

After graduating from high school, he left the farm behind to pursue his dream. He traveled to Los Angeles to begin his education. He and his new wife Betty (high school sweetheart) left the familiarity of home to follow-through with his boyhood dream.

He began his chiropractic education at Cleveland Chiropractic College where he was fortunate to have several chiropractic pioneers as instructors. Following graduation, he moved to Ventura County to begin his career as a chiropractor.

Anderson Chiropractic has been part of the Ventura County community for over 45 years. Dr. Roger Anderson started practicing in Oxnard in 1967 and has maintained an active practice ever since. Over the years, Dr. Anderson has been involved in many aspects of the community including the Police Advisory Committee and the Hispanic Chamber of Commerce. He has sponsored several children soccer and baseball teams and is involved with many of the professional and amateur boxers from the Oxnard area. Dr. Anderson has been active in the chiropractic community as well, serving as the president of the Ventura County Chiropractic Society. He truly loves his profession and the people it has allowed him to help.

At Anderson Chiropractic offices, you are treated with respect and the caring that comes with a chiropractic family. 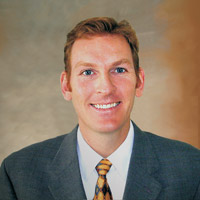 Dr. Todd Anderson is a second generation chiropractor. He had the good fortune of growing up in a chiropractic family with all the health benefits that accompany a healthy lifestyle.

Dr. Todd Anderson followed in his father's footsteps attending Cleveland Chiropractic College and becoming a doctor of chiropractic. He graduated Magna Cum Laude from Cleveland Chiropractic College in 1991. He has taken advanced courses in Chiropractic Orthopedics and clinical management of whiplash and temporal mandibular joint dysfunction through the Spine Research Institute of San Diego. Dr. Todd Anderson is a Certified Industrial Disability Examiner and state appointed Qualified Medical Evaluator. He is a member of the American Chiropractic Association and California Chiropractic Association where he served on the personal injury committee. He is a member of the Foundation for Chiropractic Education and Research. He has served as an executive board member for the Ventura County Chiropractic Society.

Dr. Todd Anderson practices out of the Colonia office where he evaluates and treats injured workers and car accident victims. He is involved with the local professional and amateur boxers like his father providing nutritional counseling, conditioning advice and working in the corner as a "cutman".